Drishti/Aspects: 7th from its position.

Venus is also a guru, but it’s an asura guru (demon guru). It’s the most important planet 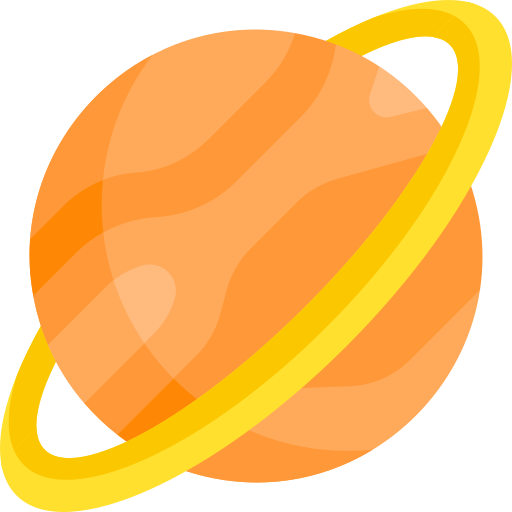 for corporate success and a planet critical for success in the corporate domain and private sector.

It’s the karaka or doer for the natural 7th House of Love and war. So it has an influence on relationships, discord, conflict and ruptures. It creates the ditches, bumps and potholes in relationships that build battle and war-like conditions on the marital ground.

A Rajas-guna planet, it denotes Jala tattva, but as compared to the Moon 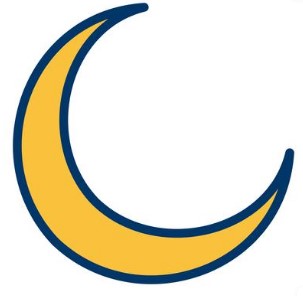 , it is also Jala-tattva; Venus allows for more control of thought and action. So, it is a relative concept because an exaggerated Venus will make the native the epitome of indulgence. All sensual, luxurious pleasures and the pursuit of enjoying them are down to Venus.

IS THE RAJAS GUNA BAD AS PER NAVGRAHAS? NOT AT ALL.
Rajas create opportunity; it stokes the hunger to do things, to achieve and when undertaken with restraint and good sense, Rajas powers achievements. So, Venus is not only about love, roses, and satin; it’s also what you do and create that shapes a world of luxuries for you. Music

It helps you enjoy la dolce vita (the sweet life) and gives appreciation and affordability. Connoisseurs and aficionados are Venus-dominated. They know the difference between an everyday watch and the finest, hand-built precision Swiss watch. The ability to discern is Venusian. These people appreciate the beauty of master craftsmanship, and that’s not bad; we must agree. So, a balanced and noble Venus is a fantastic gift.

A weak Venus can create physical and financial problems. It is debilitated in Virgo.

It has been granted the most extended Mahadasha – 20 years – practically one-third of an average lifetime. And Venus is crucial to generate some of the most benefic yogas in a horoscope

Natural lord of the Aquarius and Capricorn zodiac signs.

Nobody understands Shani from the Navgrahas. That’s the truth. And it’s the cause for the fear that surrounds this noble planet.

But here is the secret: Shani is all about JUSTICE. It heads the Ministry of Justice. And how can justice be scary? Sure, it can be for people who break the rules, slack off and ill-treat the less fortunate. For such people, comeuppance is a must, and Shani delivers it in spades. If you want to bend the rules and run away from the consequences, it doesn’t help because Shani will reach you wherever you are hiding.

But for people who respect justice and believe it to be the highest Dharma, Shani is their best friend as compared to other NAVGRAHAS. He is the ultimate KPI implementor, watching your every step. Are you performing as per your Dharma? If you work hard, have a strong work ethic and are kind and fair to the underprivileged, the old and the elderly, Saturn showers you with rewards, fame, recognition, and success. The good news? There’s no nepotism; it’s all about merit.

It’s the slowest planet in the solar system or NAVGRAHAS, so things take their due course with Shani. Either way, good or bad, all is fair in Shani’s world. Saturnian influences make you a profoundly conservative person.

DO YOU KNOW?
Lord Ram had Shani in the 4th house of his horoscope. It led to his exile for 14 years
Feeding crows as a daily ritual is good to appease Saturn. A crow signifies Saturn and pitris (dead ancestors).

Shani is associated with servants because they work hard, and he represents their rights and makes sure they get fair compensation.

What is your karmic imprint? A strong Shani in your horoscope can take you to great heights, and a poorly placed Shani means you need to pay your karmic debts. Sublimation of sorrows can get your creative juices flowing.

Shani is the Karaka of the 6th, 8th, and 12th Houses, and for the 10th House. So, between Jupiter and Shani, the horoscope is all stitched up!

Venus-Ketu, conjunct with the aspect of Saturn, forms Tapasvi yoga, which can take you to great spiritual heights.

Sade sati has no impact on the rasi chart.

Sade sati ushers in change. And it can be a blessing in disguise. Say you are trapped in a bad marriage and don’t know how to break free. Sade Sati will trigger your freedom and pull you out of misery. Now, is that not a blessing?

Sade sati can also be a catapult to propel you to great heights. Amitabh Bachchan, Indira Gandhi, and Jawaharlal Nehru, all rode into the stratosphere during their Shani Mahadasha.

Do you know who a politician’s best friend is? Rahu. Why? Because it loves to promote chaos. And who better than a politician to make use of its energies?

Rahu rules beyond the boundaries, venturing into extreme territories. It is exceptionally cunning and strategic and loves to conjure mirages. You see an illusion and believe it’s the real thing.

Regarding strategy, even Mars is no match for Rahu, which has an advantage on every planet.

Rahu is the army chief of the Asuras (demons). It is the Karaka for foreign travels and everything related to things foreign, whether work, relationships, or money. He is a badhaka or troublemaker in your native land, but the moment you step out and head for foreign shores, he will start supporting you.

Rahu is the ultimate bhogi (pleasure-seeker); it wants it all and wants it now.

It cannot distinguish between right and wrong; it cannot understand Dharma which is why it was perfectly at home, deceiving everyone at the churning of the ocean where nectar or Amrit was being distributed to the devas. Rahu, as asura Swarbhanu, would have none of this partiality, and so it disguised itself as a deva and drank it till the deception was discovered and paid the price for it. Rahu will make you feel relaxed about bending the rules; it’s up to you to remove your blindfold and look where you are going.

IS RAHU A POSTER BAD BOY?

No. There is more to Rahu than doom-and-gloom predictions.

Rahu drives the most creative, out-of-the-box thinkers and innovators. It can confer fantastic success, fame, and wealth. It can shower you with gifts by the truckloads and push you to question archaic, outdated concepts. Many celebrities have a powerful Rahu: Virat Kohli, Shah Rukh Khan, Dhirubhai Ambani, and Madonna, all have a powerful Rahu.

It is well placed in the 3, 6 and 11th Houses and weak in the 9th House of NAVGRAHAS.

Rahu in Aquarius can make you a philosopher. Many great philosophers have a strong Rahu. You can deal with a diversity of people with equal ease.

When you go to the famous Tirupati Balaji temple, you first pay obeisance at the Varaha Swamy temple. The symbolism of the Varaha avatar and linkage to Rahu is deep and needs to be understood. Just as Varaha rescued the submerged Earth, Rahu can also help you emerge from the layers of ignorance and realize the true purpose of your birth: spiritual enlightenment.

So, if you are going to Tirupati Balaji, visit Varaha Swamy temple first, and in Tirupati, offer your hair. It’s believed to be very good to appease Rahu.

It’s been a tradition to shave one’s head there as it symbolizes the ultimate surrender of ego. It also denotes leaving all your bad luck behind.

Ketu has already surrendered his head to the Divine. When Vishnu’s chakra sliced off Svarbhanu’s head for drinking the Amrit, Rahu from the NAVGRAHAS ended up as a head with no body and Ketu with no head and a body. So, Ketu can be spiritual and radical. If Ketu is well placed, it can transform your life and speed up your moksha. Sri Ramakrishna Paramahansa had Ketu in his 10th House. He left his body during Ketu Mahadasha.

On the other hand, a negative Ketu can make you strap on a bomb and blow yourself up for a cause.

Rahu and Ketu teach us to stay balanced; under their influence, you can also go to extreme lengths to defend the indefensible.

A karaka for homeland security, Ketu represents spies. It influences businesses such as logistics, import-export,

Though Ketu predominantly promotes detachment and spiritual quests, it grants children because it wants to encourage lineage.

If you are the kind who thinks a little walk on the wild side after marriage is harmless, think again.

Ketu from the NAVGRAHAS is watching you. It detests infidelity, and if you’ve cheated your spouse, it won’t be long before your secret is out. During the Ketu Mahadasha, the lid will be blown off because Ketu is intolerant of deceit. So be warned. If Ketu is associated with your Arudha Lagna, the whole world will know. If not, only a few will, but either way, there is no escape.

Ketu is a Karma Yogi, and positive Ketu-influenced people are entirely dharmic about completing their work and duties.