Why The Surya Yantra Has The Power Of A Million Suns?

Why the Surya Yantra has the power of a million suns?

Let’s begin with understanding the Surya Yantra’s significance: It channels cosmic energies that bring you empowerment, progress, and spiritual evolution. It is also an indispensable tool for activating Raj Yogas.

What lies behind the power of the Surya Yantra? Sun, the King of planets.

WHAT IS A SURYA YANTRA?

Before we talk about the Surya Yantra, let’s begin with the definition of the yantra. It’s a geometrical diagram with origins in the Tantric traditions and is used in worship and as an aid to meditation

. It has a centre point called the bindu or dot emanating concentric geometrical shapes such as triangles, circles, hexagons etc. A significant element of this geometric pattern is lotus petal shapes enclosed in a square or a circle. The square symbolizes the four directions, and the circle denotes the seamless cosmos.

The bindu or core represents the principal deity associated with the yantra.

All yantras have a mantra inscribed on them, a thought form whose vibrations connect the seeker with the cosmos.

The Surya Yantra is among the most potent yantras because Sun is its deity.

WHY IS THE SURYA YANTRA SO POWERFUL?

Sun has been given special significance in Vedic Astrology, and it is considered the most powerful among the planets and is known as naisargika Atma Karaka (doer of the Soul). The remaining six planets – Moon, Jupiter, Saturn, Mars, Mercury, and Venus – revolve around the Sun, while Rahu and Ketu are the Moon’s nodal points.

It condenses the Sun’s infinite energy seat and acts like a doorway to the universe’s energies. It provides its worshipper multiple lasting benefits: fame, wealth, mental focus, concentration, spiritual growth, and meditative prowess.

It is the trigger to activate Raja Yogas, and for aspirants of Jyotisa, it is a divine muse. The blessings are initiated by Surya (Sun) and sustained by Chandra (Moon), the two planets representing Father and Mother and their respective nurturing qualities. Raja Yoga works at the physical level for material benefits and at the soul level to grant spiritual enlightenment.

SURYA YANTRA: THE KING OF PLANETS CAN MAKE YOU A KING

Imagine a day without the Sun. It helps you see why this planet is accorded the highest status in Vedic Astrology. The power of Surya Yantra lies in the Sun, its deity.

The Sun embodies light and energy, and the Surya Yantra entrenches them in our lives through progress, confidence, fame, success, leadership, and authority.

It energizes the Manipura Chakra or Solar Plexus chakra, the body’s powerhouse. It bestows vitality, magnetism, ambition, and the manifestation of desires and boosts self-esteem, willpower, and purpose.

A weak or afflicted Sun in the birth chart can create obstacles and health issues. Worshipping the Surya Yantra removes negative influences and eliminates problems.

Many people seek a higher purpose; they are spiritual aspirants whose unbounded joy lies in seeking the true meaning of life. It is a fantastic tool that helps you enter the inner realms of meditation and pursue the highest truth. Every time you meditate on it, you increase its vibrations which loop back to you. With time, you enter a glorious state of energy symbiosis with the yantra, magnifying and amplifying the mutual energy fields.

The lotus petals in the mandala of the Surya Yantra symbolize purity and divinity. (A mandala represents the universe in a diagrammatic form). Due to its purity, the lotus, or padma, is the seat of many goddesses in the Hindu pantheon.

The Outer Petals of the Surya Yantra represent the 24-Akshara or 24-Syllable Gayatri Mantra.

The Inner Core is the 8-Petalled Ashta Chara Karaka (the eight planetary significators in a birth chart).

The Absolute Core represents Ketu, the planet that grants Moksha, and it is the activating nucleus that holds power. Whatever you install at the center is what you seek to manifest.

It is based on the ancient wisdom of a distinguished lineage that traces back 2,500 years, to which my mentor and guru, Pt. Sanjay Rath belongs. Surya Yantra’s representation is based on Lord Krishna’s

teachings to Arjuna and has been used for centuries in Pt Rath’s Jyotisa parampara or lineage.

This Surya Yantra is made from pure copper with gold plating.

HOW MANY SURYA YANTRAS SHOULD ONE INSTALL?

Ideally, you should have two Surya Yantras for all-round prosperity and growth. One in your temple 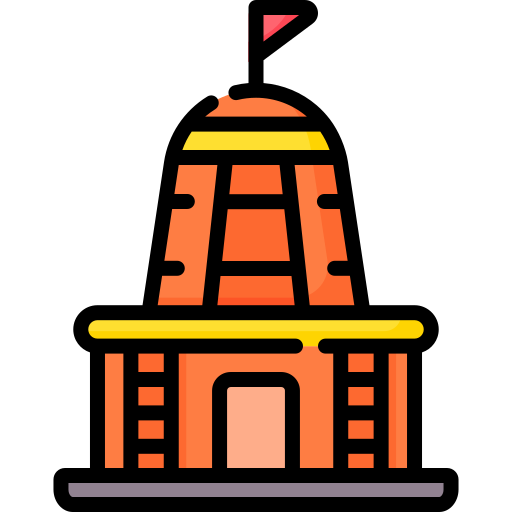 or altar at home

, with the image of Lord Krishna (for Vaishnavites) or Lord Shiva 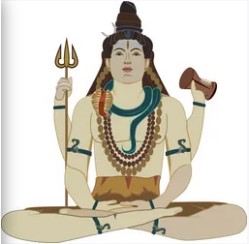 (for Shivaites), placed at the centre of the Surya Yantra.

This propitiation is to invoke spiritual RajaYoga.

In the office/home office, you can install an idol of Ganesha. Lord Ganesha

IS THERE A PROCEDURE TO INSTAL THE SURYA YANTRA?

I will provide you with a step-by-step guide to installing, activating, and worshipping the Surya Yantra at your home, office, or both.